Postwar history, the history of art, his own history: Yasumasa Morimura intrudes upon them all, plays around with them all, in his debut lecture performance.

In 1985 Yasumasa Morimura produced Portrait (Van Gogh), in which he poses in the guise of Vincent Van Gogh. Over the more than 30 years since, he has remained at the forefront of Japan’s art scene with his self-portraits modeled on Western paintings and historical figures. He is constantly taking on new challenges: for instance, he made a feature-length film for his exhibition The Self-Portraits of YASUMASA MORIMURA: My Art, My Story, My Art History (National Museum of Art, Osaka, 2016), which was a compendium of his work to date.
This show, which was commissioned by France’s Centre Pompidou-Metz and Theater Commons Tokyo, is Morimura’s first lecture performance (notwithstanding the many lectures he has given). Japan’s postwar history, its history of art and Morimura’s own personal backstory entwine to form the story of “me” – but is it told by Morimura, or by an effigy that he has inhabited? Metamorphosing before the audience’s eyes, Morimura intrudes upon the histories of society and art, messing with the boundary between fiction and reality.

Yasumasa Morimura
Yasumasa Morimura (born 1951, Osaka, Japan) has been working on self-portraits since his first self-portrait work “Portrait – Van Gogh” (1985). Since his participation in Aperto 88 at the Venice biennale in 1988, he has been active both in Japan and internationally. He acted the artistic director for Yokohama Triennale 2014. Selected solo show at The Self – Portraits of Yasumasa Morimura: My Art, My Story, My Art History (National Museum of Modern Art, Osaka, 2016) The History of the Self-Portraits (Pushkin State Museum of the Fine Arts, 2017). 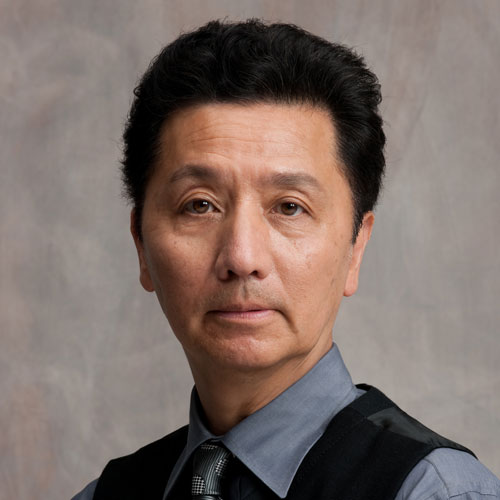